(Pulaski, PA)…The Sweeney Chevrolet Buick GMC RUSH Racing Series powered by Pace Performance is set for a huge week. The Sweeney Late Model Touring Series will be at Expo Speedway on Wednesday (July 11) as part of the Trumbull County Fair in Cortland, Ohio. The RUSH Sportsman Modifieds will have a trio of Bicknell Touring Series events with back-to-back shows at Expo on Wednesday and Thursday followed by Tri-City Raceway Park in Franklin, Pa. on Sunday. The RUSH Sprint Cars will also be competing at Tri-City. Racing begins early at 6 p.m. all three nights. 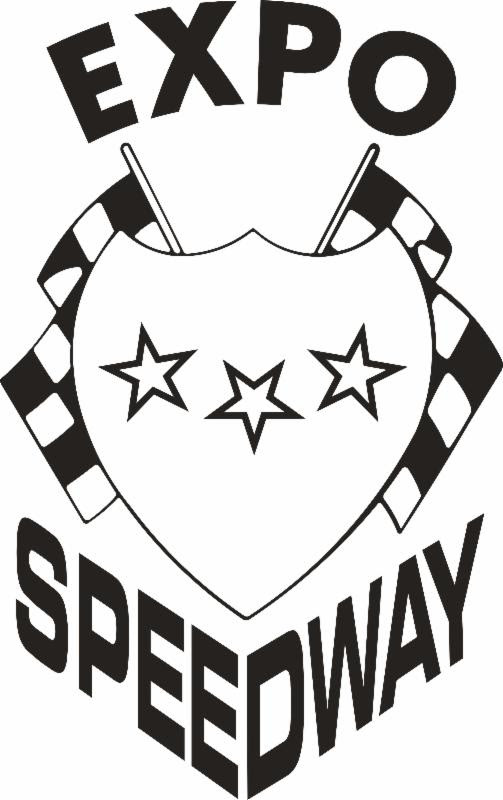 featuring the RUSH Late Models for $1,500 to-win in a “Platinum” event and for the fourth straight year the RUSH Sportsman Modifieds for $600 to-win. For the first time ever, the RUSH Sportsman Modifieds will also be part of Thursday’s action at Expo in an $800 to-win Bicknell Tour event! Though these are all Touring Series shows, Weekly Series points will also be on the line for both divisions including Pace “Summer Chase” points for eligible Late Model racers, and “Futures Cup” points for eligible racers in both divisions.

On the strength of five straight top nine finishes, Jeremy Wonderling enters Wednesday as the Sweeney Late Model Tour points leader going after his first Series championship. During that stretch, Wonderling has recorded a pair of runner-up finishes and a third place; however, has been shutout of victory lane after the first eight events. Jason Genco is second in points in his first year on the Tour. Jeremy’s brother Brady is third in points in his first year Touring driving the Randy Ralyea #z1. Jason Knowles is fourth as the top four in points are all from New York. Canadian Adam Ferri is fifth in points and is another racer Touring for the first time.

The 2015 event for the Sportsman Modifieds not only marked the first ever race for them at Expo, but made history being the first ever Bicknell Tour event run with Greg Martin earning the top honors. Chelsie Kriegisch then made more history in 2016 by becoming the first female to ever win at Expo in the track’s history and the first female in the history of crate racing in the Northeast to win a Touring Series event! Last year saw Rocky Kugel become the third winner in three years.

“Expo has always been a fun event,” stated RUSH Director Vicki Emig.  “It’s a great atmosphere with the fair going on and the fan support has always been great. The fans get free admission to the races with their fair admission and the pit pass for the racers gets them into the fair for free.  We have to thank Bud Rodgers and the rest of the fairboard for continuing to allow us to bring our show to the Trumbull County Fair and for stepping up and giving the Sportsman Modifieds back-to-back events for the first time in their history.”

The weekend will wrap up on Sunday at Tri-City with another RUSH doubleheader. The RUSH Sportsman Modifieds will run their third Bicknell Tour event in five days with a $600 to-win show that will feature timed warm-ups with the fastest qualifier earning $100 from Ohio Intra Express, while the RUSH Sprint Cars will race for the second and final time of the season at Tri-City in a $500 to-win, $125 to-start Bonnell’s Rod Shop Weekly Series event.

their support of RUSH,” added Emig. “Despite running a limited schedule, they have given three of our classes two events each. They also put down a new red clay surface in the turns that received great reviews from the racers at last month’s RUSH Late Model, RUSH Sprint Car, and “410” Sprint Car show.”

The Bicknell Tour for the RUSH Sportsman Modifieds has gotten off to a slow start as the first Tri-City show was rained out and then rain washed out the June 24 “Manufacturers Night” presented by MSD Performance at Sharon Speedway. That event will be rescheduled.

Precise Racing Products will award a $100 gift card for the “Pedal Down” Hard Charger that passes the most cars in each Late Model and Sportsman Modified feature.  The TBM Brakes “Tough Brake of the Night” will award three bottles of Xtreme6 Racing Brake Fluid valued at approximately $45 along with a certificate for a discount off any TBM Brakes purchase for each division.

Officials will also determine the new Dirt Defender “Defensive Drive” to the driver that best defended his position throughout the night, and will receive a $40 product package at each Late Model and Sportsman Mod event.  The award could go to a driver holding off another for the final heat race or B main transfer position, a driver denying a hard charging racer a feature win, a move to stay on the lead lap before a caution, or any such deserving move.

At Expo, drivers need to be prepared with fuel, tires, etc. ahead of time as there will be no supplier at the track. You do not have to a member of RUSH to compete.  No transponders will be used. Driver radios are always mandatory and are channel 454.000.  The entry fee is $75 for Late Models and $25 for Sportsman Modifieds on Wednesday & $35 for the Modifieds on Thursday.  Pits open at 3 p.m. with warm-ups slated for 5:30 followed by racing at 6. Pit passes are $20.

Expo Speedway is a 5/8-mile dirt track located at the Trumbull County Fairgrounds just north of Route 305 on Hoagland-Blackstub Road in Bazetta Township, Cortland, Ohio. Pit access is Gate A right past the church. ATVs and golf carts must be kept in the pits and cannot go outside this area. For more information, check out www.trumbullcountyfair.com or call 330-637-6010.