The Sweet Manufacturing Main Event Outlaw Tour schedule was released on January 11. The series, presented by Senneker Performance will visit the Buckeye State one time, heading to Toledo Speedway on Saturday, August 10. 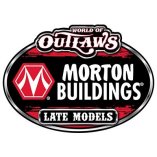 Club members can head to The Globe Restaurant in Hubbard, Ohio on Tuesday, January 15 for “Drivers Night.” This will be the clubs first meeting of 2019 and give fans a chance to hear from drivers. The club will also hold their 39th annual race car show at the Shenango Valley Mall in Hermitage, Pennsylvania on March 8, 9 and 10. The club has also already announced five club nights for the 2019 season. Visit the TWIN-STATE Auto Racing Club Facebook page for the January newsletter and 2019 membership application.

May 24 – The Painesville Speedway

Here are some events that are coming this season that you may have missed. The Elite Modified Series will visit Sharon Speedway on June 1, 14, 15. In July on the 27, August 31 and September 20 and 21. Sharon Speedway will also host the Big-Block Modifieds of the Super DIRTcar Series on Tuesday, July 30.

The Ohio Thunder IMCA Racesaver Sprint Car Series has also released a 16-race schedule. The series says on a Facebook post that additional dates at Moler Raceway Park and Brushcreek Motorsports Complex could be added.

Kil-Kare To Host On August 4

The Vores Compact Touring Series announced on their Facebook page on January 11 that they have worked out a deal with Shadybowl Speedway and CRA to lease Kil-Kare Raceway on Sunday, August 4. According to a Facebook post the show will include the Shadybowl Enduro Cars, CRA Vores Welding and Steel Sportsman and the Van Hoy Oil Street Stocks along with the CTS Compacts presented by Chelsea Whitney Stachler and Irongate Realtors.