One of the most diverse series’ in racing will visit its home track this weekend when the ARCA Menards Series rolls into Toledo Speedway. In a series that features superspeedways, dirt tracks and short tracks, ARCA never seems to disappoint at the .5-mile paved oval.

Travis Braden enters the weekend atop the ARCA Menards Series standings, 30-points ahead of Michael Self. Braden has yet to capture a win, but has 4 top-ten finishes in 5 starts. Self will make his first career start at Toledo Speedway on Sunday. A five-time winner in ARCA, Self has two wins in 2019, though a tough finish at Nashville has Self in second place in the point’s standings.

Hailie Deegan makes her ARCA debut this weekend with Venturini Motorsports. Sunday will be the first of six starts in the ARCA Menards Series in the 2019 season. Deegan, the daughter of X Games superstar Brian Deegan, is a multi-time winner in the NASCAR K&N Pro Series. Three drivers have earned their first career ARCA win in their series debut.

Other notables on the entry list for the Sioux Chief PowerPEX 200 include Ty Gibbs, the grandson of Joe Gibbs. Gibbs will pilot the No. 18 Toyota. Christian Eckes is entered in the No. Toyota for Venturini Motorsports. Chad Bryant Racing has entered the No. 77 Ford with driver Joe Graf Jr. and Tanner Gray will start in the No. 54 for David Gilliland. 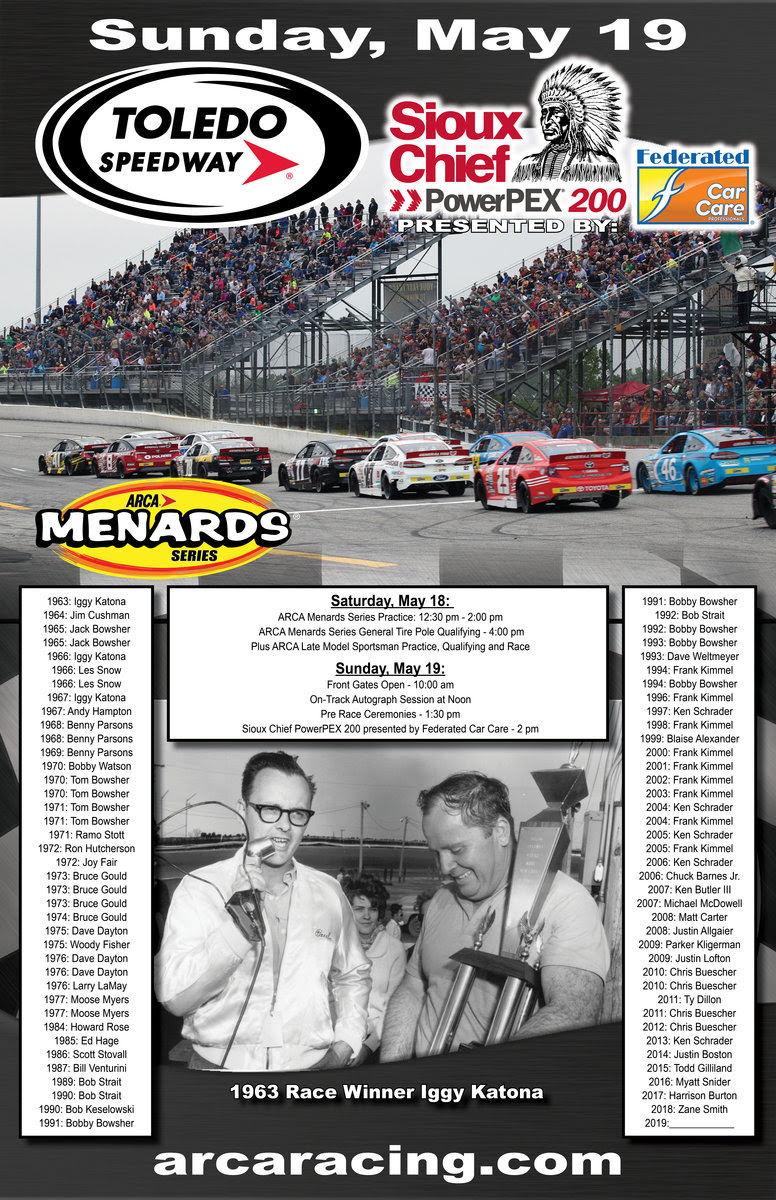