With the world working through the COVID-19 pandemic, race tracks throughout the country have been forced to delay the early dates on their respective schedules. Despite not being able to head to their favorite local track, race fans can still get their racing fix as iRacing continues to work with multiple series to give race fans some action.

INDYCAR will continue its iRacing Challenge on Saturday afternoon with the Virtual Honda Indy Grand Prix of Alabama presented by AmFirst beginning at 2:30 p.m. ET at Barber Motorsports Park. The field consists of 29 drivers, up from 25 in last week’s race at Watkins Glen, won by Sage Karam. This week’s race will last for about 60 minutes and include a competition caution at lap 15.

The eNASCAR iRacing Pro Invitational Series will feature a new event on Saturday, and new format on Sunday. Both events will take place at the virtual Bristol Motor Speedway. Saturday night Thunder will feature ARCA Menards Series Cars with drivers from the NASCAR Xfinity Series, NASCAR Gander RV & Outdoors Truck Series, ARCA, the NASCAR PEAK Mexico Series and the NASCAR Whelen Euro Series. Just like you would see at your favorite short track on a Saturday night, Saturday Night Thunder will feature heat races leading into the feature.

Sunday’s main event featuring current and past NASCAR stars will feature two heat races prior to the main event. All drivers in the heat races will transfer to the feature.

On Wednesday the World of Outlaws will showcase their sprint cars and late models for the second time with racing from Knoxville Raceway.

“This week’s broadcast may have been virtual, but it felt very real, from Johnny’s 4-Wide call to the tale of two different winners,” said Ben Geisler, Chief Marketing Officer for the World of Outlaws in a statement on the series’ website.  “Christopher Bell (Sprint Car Winner) is one of NASCAR’s hottest rising stars, and while his win was hard fought, it was hardly a surprise; but local racer Trent Ivey’s win (Late Models) is exactly the brand of ‘the unexpected’ that makes our series so unique.”

The Lucas Oil Late Model Dirt Series will debut from Knoxville on Friday night with the event being broadcasted on Lucas Oil’s Facebook page.

“While we all try to do our part in making sure our country overcomes the virus, the anticipation for the Lucas Oil Late Model Dirt Series to resume action in 2020 is building,” said series director Rick Schwallie in a release from Lucas Oil. “After successful Georgia and Florida Speedweeks, which saw impressive car counts, racers and fans now have the opportunity to build on that through series events within Lucas Oil eSports, and we are excited to have the Lucas Oil Late Model Dirt Series be a part of that.”

USAC will run next at Fairbury Speedway one week from tonight. The AME Electrical 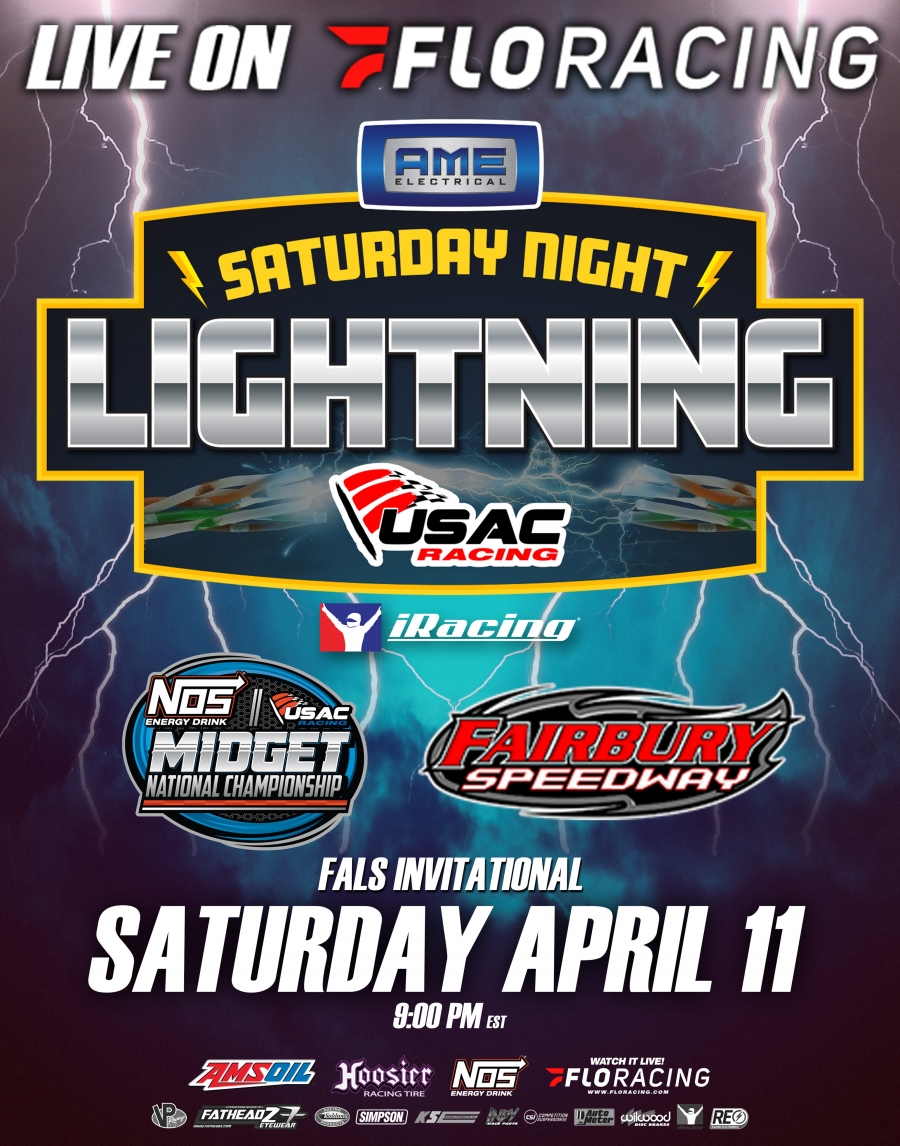 “Everybody’s stuck at home bored over this coronavirus deal and secondly, and just as important, is the idea that these kids that race to entertain us.  We think they live the dream by racing full-time and that’s their full-time gig, which a lot of them survive by.  But, suddenly, the work dries up and there’s no paycheck for those guys – the ones that are commission-based like our drivers are.  Affording these guys an opportunity to make a little dough and just trying to help them out, that’s all,” said Andy Reinbold in a release on usacracing.com.